An uncomfortable interaction took place with one of my friends – which I felt responsible for.

I called another friend, who is a qualified councillor, to ask how I could have dealt with it better, and she told me about the Karpman Drama Triangle, where-by two people continuously switch between three roles – victim, persecutor, and rescuer.

I didn’t exactly understand but basically, your friend tells you her problem – victim. You jump in to provide a solution – rescuer.They shoot down your solution – persecutor. You feel like a victim and make another suggestion – rescuer.

The upshot – recognise the triangle. Step out. LISTEN! And if it’s not a good time to listen, explain that, and make a time which is.They are not looking for solutions, they simply need to download. GOT IT!

(…But possibly not in the same mug.)

Hang up, feeling sad I unintentionally ‘persecuted’ my friend.

This is me inside:

When the intention had been:

I hear a familiar and pathetic ‘yelp’ from upstairs. It is Coco, my daughter’s miniature sausage-dog.

When Max got killed by the cobra, we got him to keep Rory company and to help us feel less sad. He is still a puppy and has recently learnt how to get up the stairs – but as yet – has not learnt how to get down again.

I rush up and find the poor little thing looking forlorn, with his tail between his legs. Massive puppy-dog eyes meet mine, melt.

I go to scoop him up, planning to cuddle him and take him back down. He seems to rally from his sadness and reverses progressively out of my reach, little paws stamping playfully. Then spins around with his tail going like a propeller and speeds off into the bedroom, out of sight.

I give chase yelling ‘jeeeeeez Coco, you’re a total pain in the arse, I’m late for the school-pickup as it is!’

And then it hits me, I’m yelling. And what’s another word for yelling? Persecuting and what had been my intention not a moment before? RESCUING, because he was (hear the cogs whirling ever-faster here) A VICTIM.

I’M IN A DRAMA TRIANGLE WITH MY DAUGHTER’S DOG

I get the stair-gate out of the garage and place it at the bottom of the stairs. Now he can’t get up there in the first place. (He’s not meant to, anyway – good thing the rug in my daughter’s bedroom is machine-washable.)

I’m feeling quite smug until I get home, having dropped my daughter off at a playdate, and realise that he has totally, and utterly – vanished.

I search everywhere, increasingly frantic. It was hard enough loosing Max to a snake and now it looks like I’ve lost Coco to what? An even bigger snake? (A python would snaffle a little sausage in one.)

I’m calling ‘Coco, Coco!’ but nothing, while Rory looks on, woof-less.

I decide to get methodical. One room at a time, not thinking for a minute he would have been able to get past that stair gate.

Then I hear it.

He’s up there – waiting for the chase.

But how relieved am I? 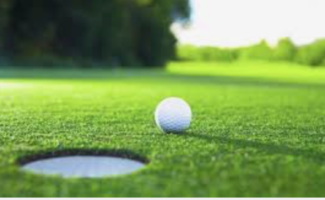 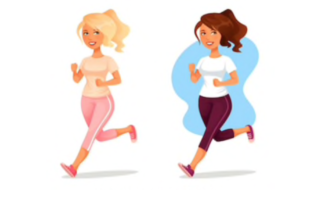 Bolstered by an article about Nelson Mandela – who kept fit for 27 years in jail – I decided to start running around the outside of the house. Swimming is usually my thing, but lock-down Botswana calls for Lock-down measures. First, I pick a play-list and immediately go to a happy place when Dizzy Rascal…