An article about Nelson Mandela’s fitness regime inspired me to start running around the outside of our house during lock-down.

Despite being in jail for 27 years, Nelson managed to keep fit, convincing me I could certainly give it a go. First, I pick a play-list and immediately go to a happy place when Dizzy Rascal Dance Wiv me comes on. It reminds me of a scene in the English series Rev, where the hero priest (played by Tom Hollander) tries and fails to impress on the dance floor with some choice moves.

I do warm-up exercises that make it look like I’m trying to push the house over and begin to run. I go once around the house, past the kitchen, pick a long blade of grass and put it in a flower-pot. My way of counting the laps.

I spy a shoe I have searched high and low for in one of the flower-beds, and silently curse our dog Rory, who I’m sure had a paw in it.

TUUUUUUUNE_It’s another goodie, and I pretend to run like Simon Peg in Hot Fuzz with go-fast hands. Another blade of grass goes into the pot, and a beautiful red-masked pigeon splashes heavily into the birdbath.

Settling into my stride, I try to think when last it was I ran? Ohhhhhh yes, I recall, the golf cart incident.

My friend Anna had invited me to go jogging on the golf estate, where she was resident, living in a very nice house.

knowing the various routes and paths of the course quite well, she had set off at quite a pace, but was clearly in sight when a beautiful butterfly quivering on a leaf attracted my attention.

I paused momentarily to appreciate it’s beauty but alas, time did that thing where it ceases to exist, and when I emerged from my trance –

We had set out early to avoid the heat, but Botswana was already ramping up to around 40° and I had no water with me, and no idea where I was. So I put on a burst of speed and yelled ANNA _ANNA! As loudly as I could.

No sight nor sound. Panic, as I scanned the various empty pathways she might or might not have taken think Fiona think!

I spy a man on a golf cart – salvation. Runners aren’t allowed on the actual course but needs must. I start running haphazardly up-and-down a bunker, arms flailing. He asks me what is wrong, and sometime later, having gleaned the general situation, who my friend is? I tell him Anna! He doesn’t know her.  (How can he not know Anna??)

Where does she live?  He perseveres.

I try to remember this seemingly simple detail, but plot numbers here are like phone numbers, so the obvious way to communicate the coordinates fail, and I start describing the flowerpots, the colour of the front door, the curtains – and realise he is nowhere closer to learning anything of use.

I stop my gibbering, take a breath, and say that if he takes me to the main gate I will be able to direct him to her house from there, I am sure of it!

I hop in with the golf clubs, feeling stupid, but I have never been on a golf-cart before and it soon takes me away from myself. It is a nippy little thing, the breeze cools my fevered brow, and conversation beckons.

In what seems like no time at all I spy a familiar figure standing in the middle of the road looking anxiously all about her.

I explain to my rescuer that by happy coincidence we have found my friend. He says he got that, tenderly rubbing the ear I had shouted by.

‘FI?’ Comes the confused cry, as she continues to scan.

She can hear me, but she can’t see me.

HERE_I yell_ HEEEEEERE! We are rapidly getting closer and she starts to zero in on the cart.

Her eyes meet mine as we come to a halt and I’m finding it hard to read her expression. I suppose it’s not every day your running companion disappears, then rocks up more than an hour later in a golf cart, and it dawns on me that she must have been very worried.

I thank the man for rescuing me. I am so grateful, and he is happy to get back to his practice, away from the rath of Anna, clearly about to erupt.

We retire to her beautiful garden for refreshment and words…eventually giggles. She said she was never inviting me jogging again, and she didn’t! Blimmin’ muppet me.

There are a lot of blades of grass in the pot now, so I warm down and go inside. We count 23, which Jamie calculates is about three and a half Kilometres. I am pleased.  And congratulate myself on not getting lost!

This link has expired, but it is still possible to donate to Angels At Work using the following details 😇 They deliver food hampers to remote villages and are truly incredible 🇧🇼 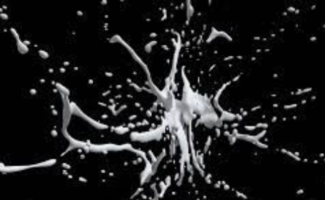 Messy Play Gets Messier Than Expected 😱

We moved back to England after living in Botswana for eight years in 2021 and I got some part-time teaching assistant work for the first three months. On this particular day, I rang the buzzer for my afternoon shift. After a few moments, the head mistress opened the door dressed in an extremely tight (some… 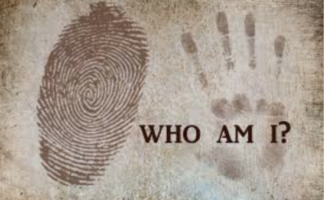