I thought it was a joke when residents were advised to keep small cats and dogs inside, due to the sighting of a very large python somewhere near the 7thhole.

We had recently moved into a very nice house on a golf course (Botswana) and I was absolutely freaked when said python was found – measuring in at a cool four metres, before being safely relocated in our wonderful nature reserve. https://www.mokolodi.com/

To ease my anxiety, I told the story to all I encountered for at least two weeks, and one person’s reaction got me thinking.

‘Oh yeah,’ said Tim of Serenity riding stables, not in the least bit phased. ‘Four metres is pretty big. I had a python in my bedroom once…knew it was a snake, because of the way the dogs were barking and sure enough, when I put the light on – python, making its way towards my bed. So I popped it in a pillow-slip’

‘knotted it up, and left it till morning. She was three and a half metres – not quite as big as yours but…beautiful. And I had a terrible problem with rats, so I let her loose in my workshop ‘a while, where she stayed about ten days, I think?’ He looked thoughtfully upwards, as he recalled the distant memory. ‘Anyway, after she’d finished eating, she slithered off into the bush – and I haven’t seen her, or a rat – since!’

To think I had just paid a fortune for pest-control, when I could have simply popped a python in the loft?

Jokes aside, it was thought-provoking. He was as in awe of this wild creature as any other, without discrimination. He had even become symbiotic with its nature.

I thought of the ox-pecker and the giraffe. Cute.

Then I thought of nits. Even if the most beautiful bird in the world landed on my head to nibble at those, I’m not sure I could hack it. And could anyone love a mosquito?

A lion is stunning, but not in my garden, thanks. That would be worse than a venomous snake.

And I should know. We had two cobras living undetected – until our dog Max got killed. We realised afterwards both dogs had given barks of warning long before, but we had not recognised the specific sound.

The children played there often. It could so easily have been one of them who had unwittingly disturbed the cobra – we are forever grateful to our valiant sausage.

Snake detection is one of the reasons that most people here have dogs.

We soon got a puppy, and the next time barks of that nature were heard, we were on it, getting the dogs safely inside. Sure enough, another resident cobra was found.

As with the last one, we kept it in our sights and waited for the snake relocation team. It was then taken to Mokolodi to join its friends.

Ten times more people get killed by cars, than they do by snakes, so it is an example of our fear being out of proportion with the facts.

Though I suppose one doesn’t worry about the car quietly slithering up the stairs towards your bed in the middle of the night so…I admit, the comparison is not really comparing apples with apples.

I’m still not sure that killing them is the answer, though.

Snakes occupied that land long before humans made it into a golf-course, and they play an important part in an eco-system, which produces healthy soil and clean air.

If we can safely relocate the dangerous ones, and live in harmony with the others – then maybe it’s a goal worth striving for? 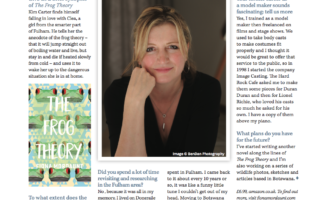 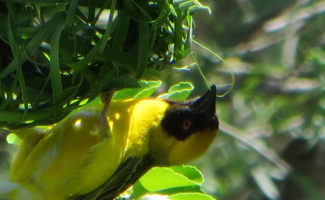