Who am I? 6 things I did to change myself and my home

It’s been quite a while since my last post, and that’s because I totally lost my mo-jo.

I won’t bore you with all the reasons, but here’s one of them. I got asked to guest-blog on a well-known forum with the header ‘6 things you can do to be more eco-friendly’ and I didn’t want to.

Because who am I to tell YOU how to be more eco-friendly?

I’m just a normal person – who had an un-settling experience involving cling film – and I started swapping eco-related products and ideas because of it.

Rewind: The memory is hazy, but Donald Trump had just come into power and I was busy thinking how terrible that was for eco progress, when a thought sprung to mind, beautifully captured by Tolstoy.

This soon led to another thought – I was judging Donald Trump’s behaviour, but if the secret to changing the world was changing myself, shouldn’t I be more aware of my own?

Well, right now (or back then, if that’s not too confusing) I was covering a bowl with cling-film. The box said recyclable, so I didn’t have to worry about it, right? I took a closer look. ONLY the box was recyclable, NOT the cling film.

It would never bio-degrade. It would stay like that forever. I had wrongly assumed that the world, as a whole, was more eco-wise than that.

I started to see plastic everywhere – yogurt cartons, milk containers, fabric softener bottles, you name it. Articles seemed to jump out at me, too – ‘micro-plastics are destroying the oceans and planet.’

Things are meant to return to the earth – Poelo-Lefatshe (in Setswana) so how had we got to this?

I would go so far as to say that the fearful messages triggered a ‘dark night of the soul’ for me – and when I finally popped back into the light, I had changed.

I accepted myself. I accepted that I drove a car and got planes back to England, and did all sorts of other things I’m told aren’t good for the planet, but that made me no less motivated to enjoy life, or to change the things I could.

‘When you change yourself; the world changes too.’ Anon.

All the bad news seemed to completely drain me of energy. It stopped me from doing anything at all, so I focused instead, on all that was good.

Even plastic is good in many cases (although we are learning the hard way that we need to use it more wisely.)  Think about the pipes that bring safe water into our homes every-day? Such an upgrade from lead, which poisoned so many, back in the history of England.

Yes. I was convinced. I was more useful to myself and others when applying Optimism, rather than pessimism.

Armed with this new realisation, I dropped the shame at how little I knew, and became brave enough to start asking questions. I picked up an awful lot of inspiring ideas, tips, and contacts that way. Some things worked, some things didn’t, but over-all, I made progress. So much so, I was asked to write a blog-post which…Is actually a good thing, right?

So after all that pesky navel-gazing, here is the post 😆 Family Gems 6 Eco-Tips for Gabrone

It’s unique to Gaborone, but after you’ve had a read, let me know what you think – I’d love to hear your thoughts in the comments below. 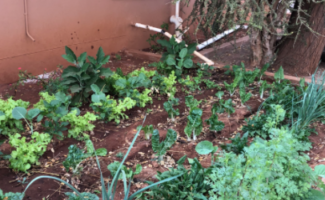 Our miniature sausage dog Rory can be a moody little bug*er, but it was definitely more than sulking this time – so we took him to one of our local vets, Laetitia Gaudeux. B2 came with me, holding him on her lap for much needed calm and support – I love that little guy, he… 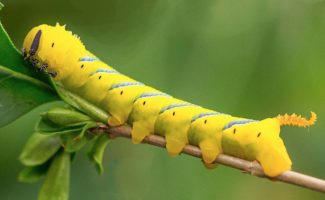 I was frantically scouring the shelves at The Crazy Store in Mowana Park, when I bumped into my daughter’s P.E teacher, Midge, similarly harassed. She was looking for creative ways to label bottles of wine for a 50th birthday party. ‘Large lettering!’ I suggest, tapping my reading glasses. We laugh, and she asks what I…

2 thoughts on “Who am I? 6 things I did to change myself and my home”

Say hi to another species more